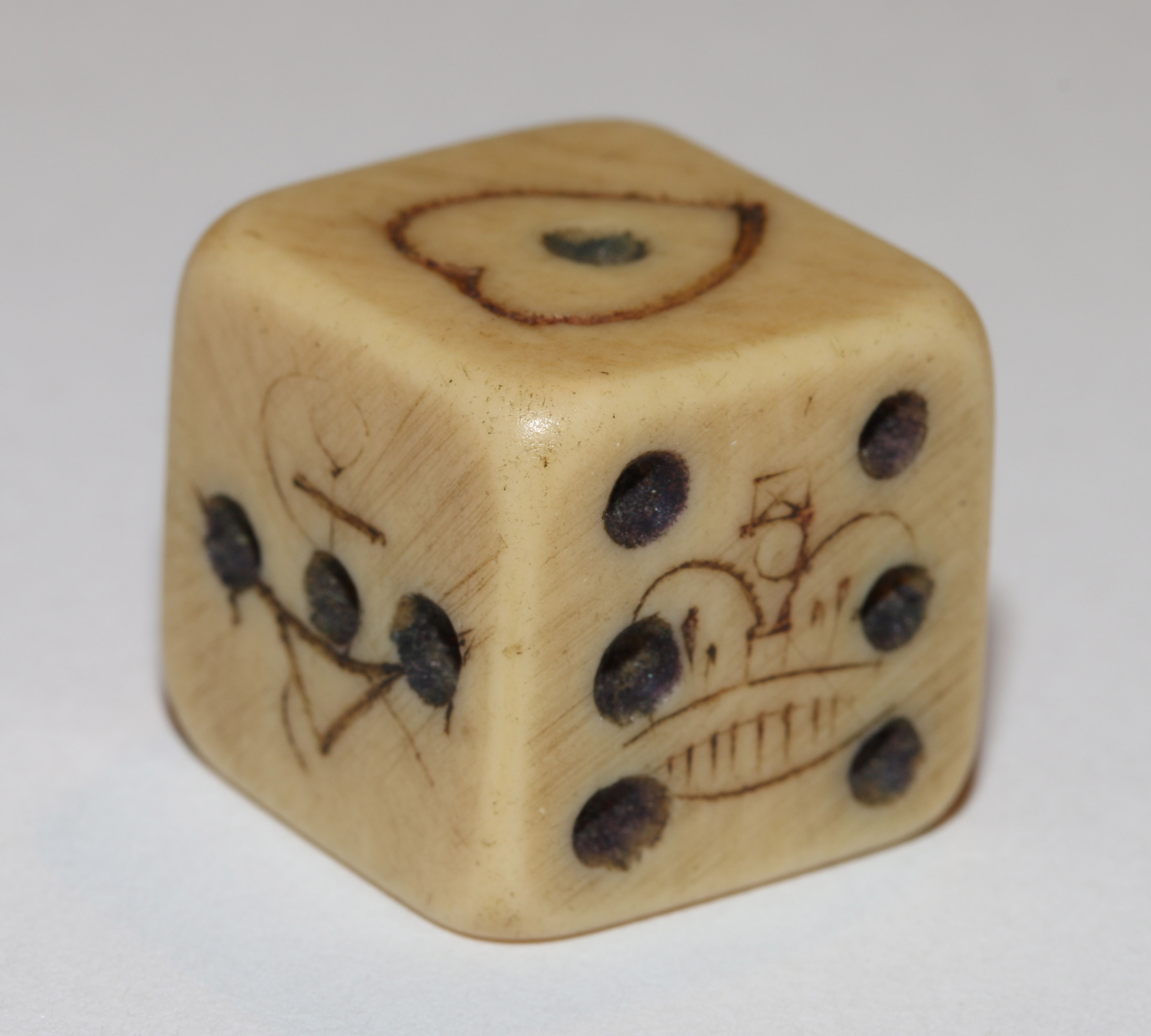 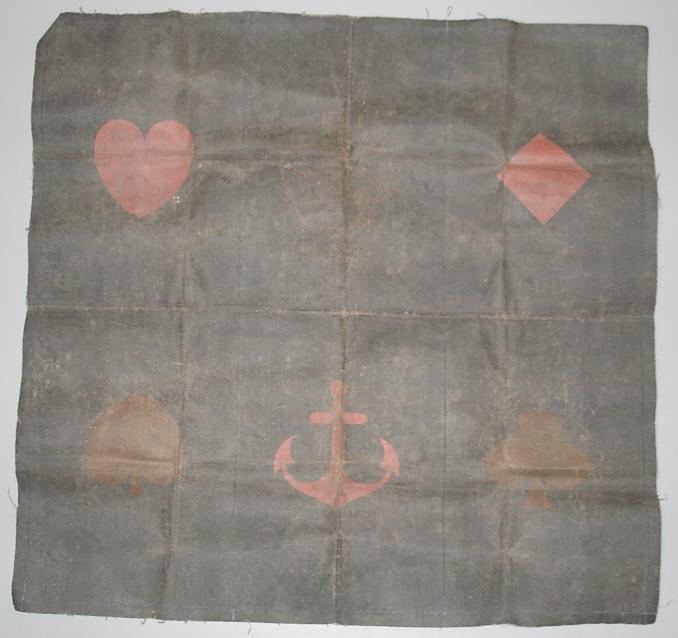 Old playing field made of cloth

The game "Crown and Anchor" was a traditional game of the Royal Navy.
In the surrounding countries England, Belgium, Holland and Flemish France, it was also very popular with sailors.

The game requires 3 dice and a game board. On each of them are the symbols of the 4 playing cards as well as a black anchor and a red crown.
The field is similar to roulette used for wagering. It can also be designed as a cloth.
Each player places his bet on the fields. A throw then decides on profit or loss.
If the dice show one or more symbols, it is a win.

In other cultures, the game also occurs in a modified form: