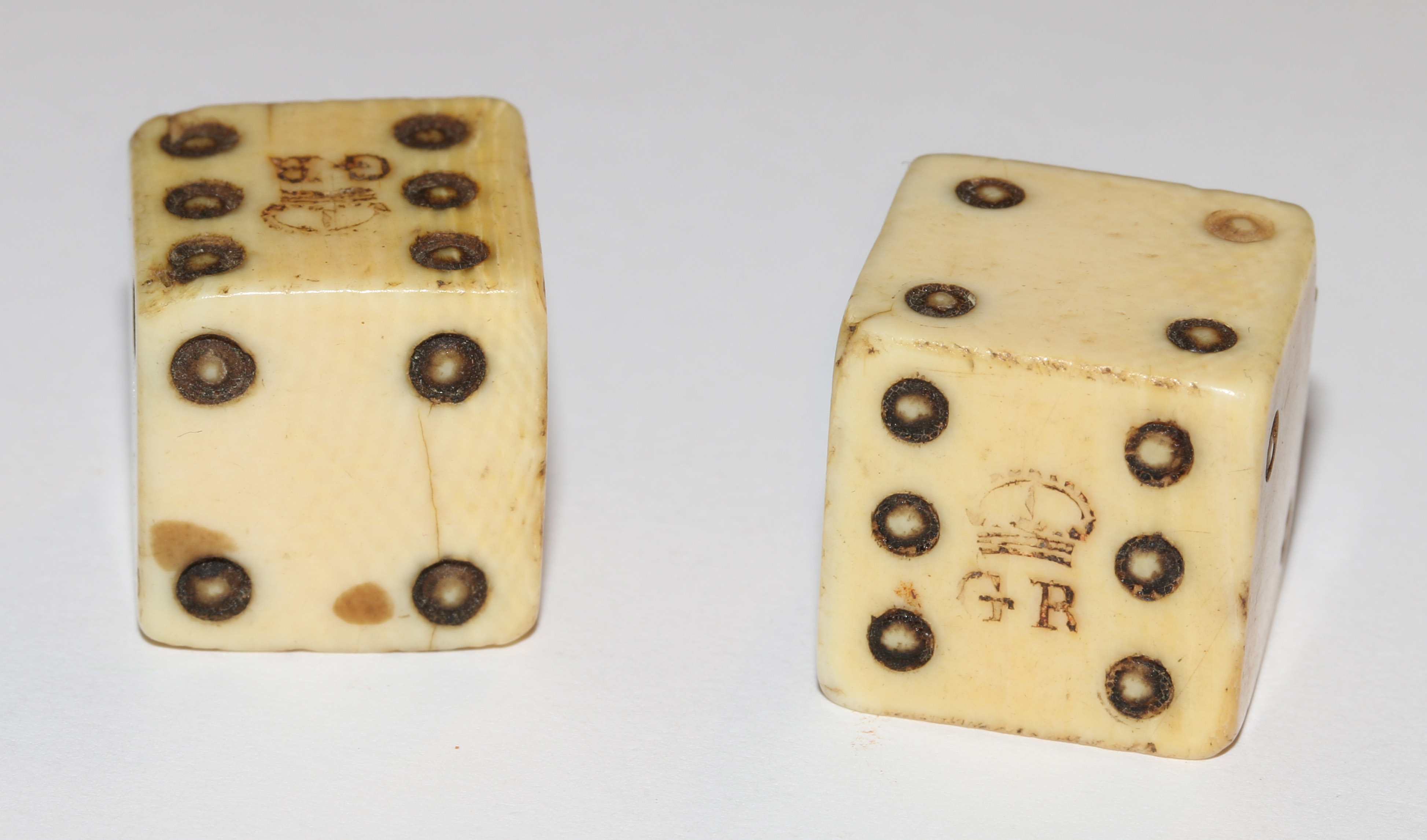 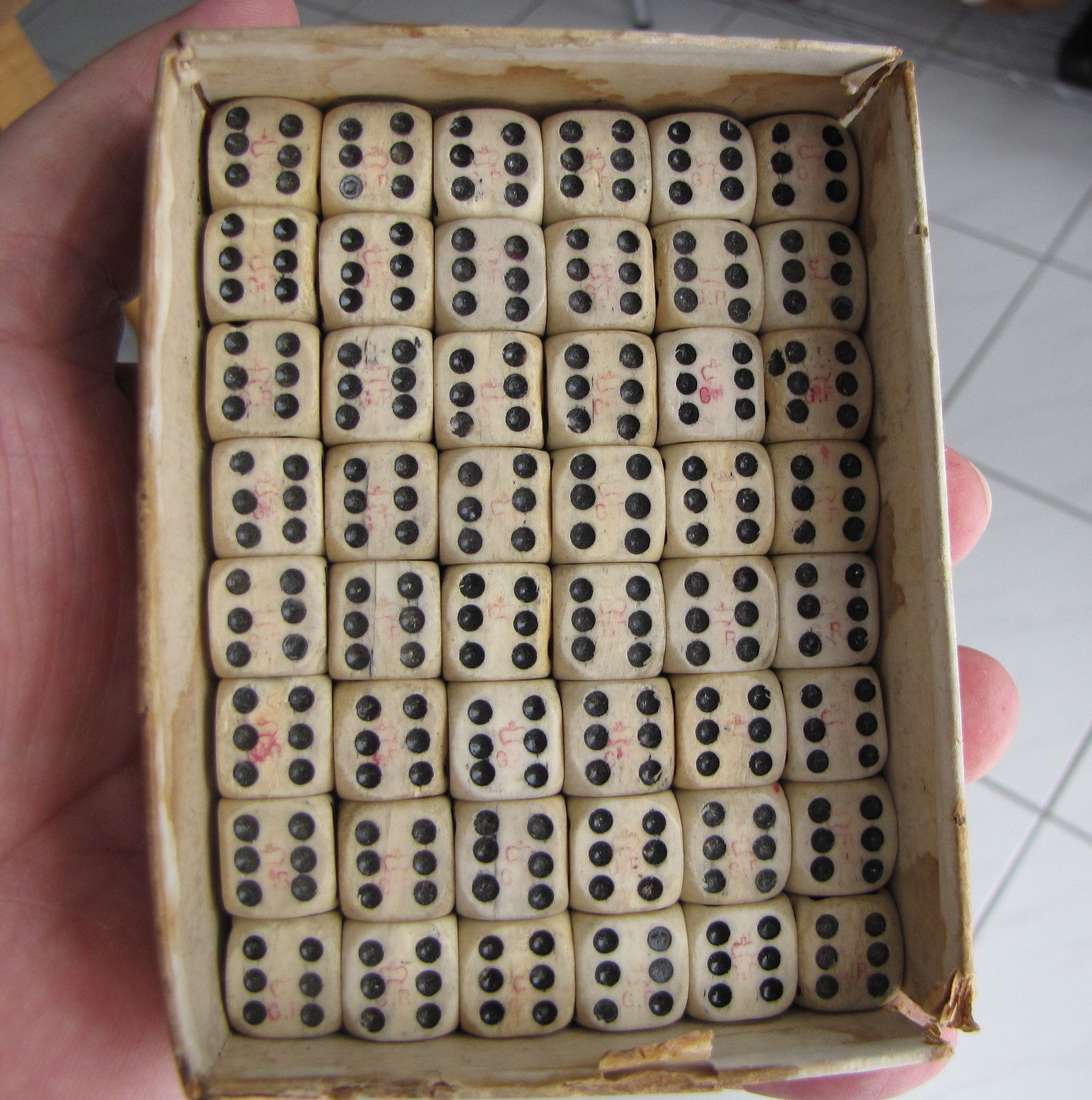 This law was also valid for dice.
Dice whose tax was paid were marked by a sign.
A crown with the initials G R (Georgius Regis) under the rule of George III. 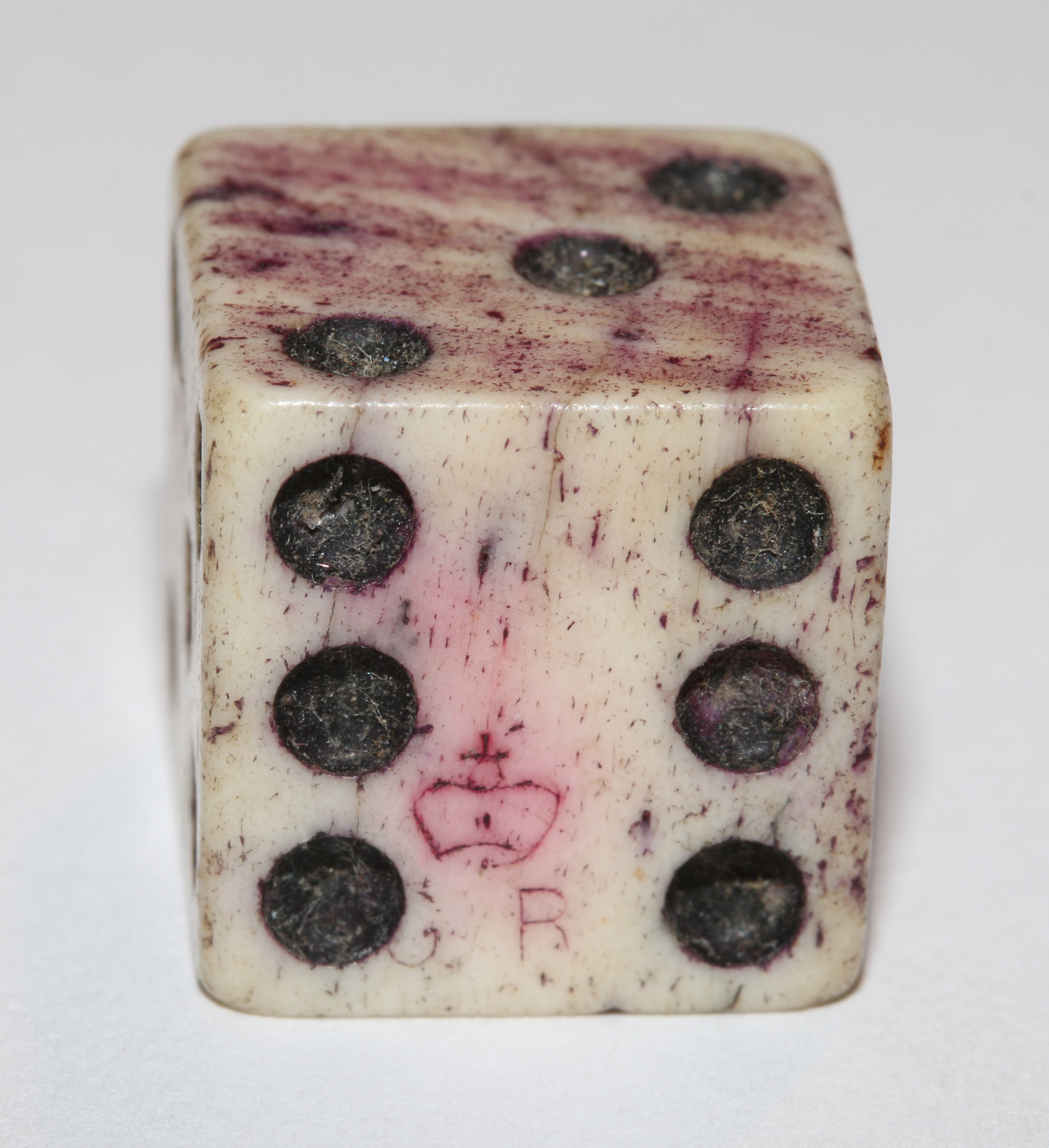 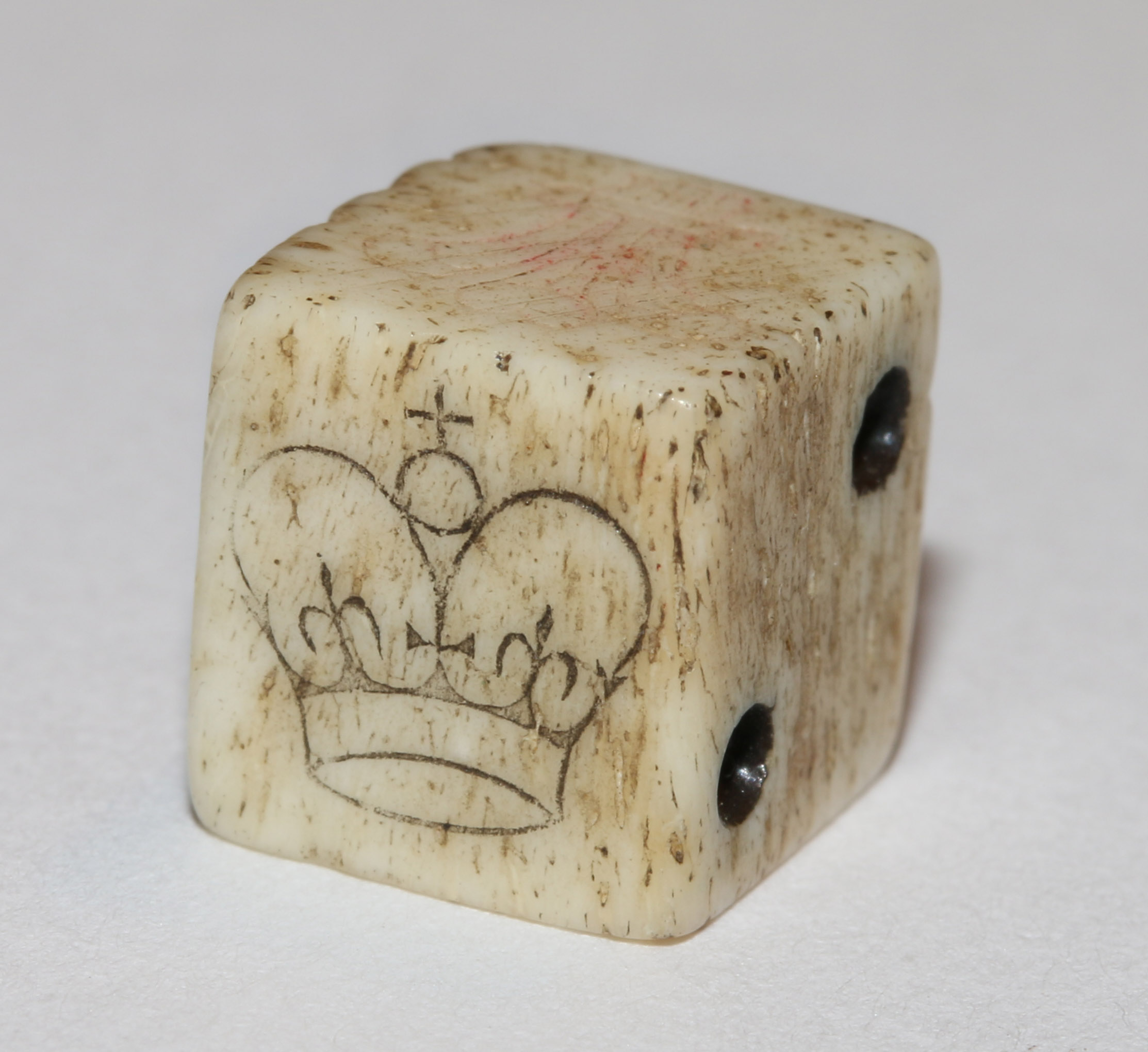 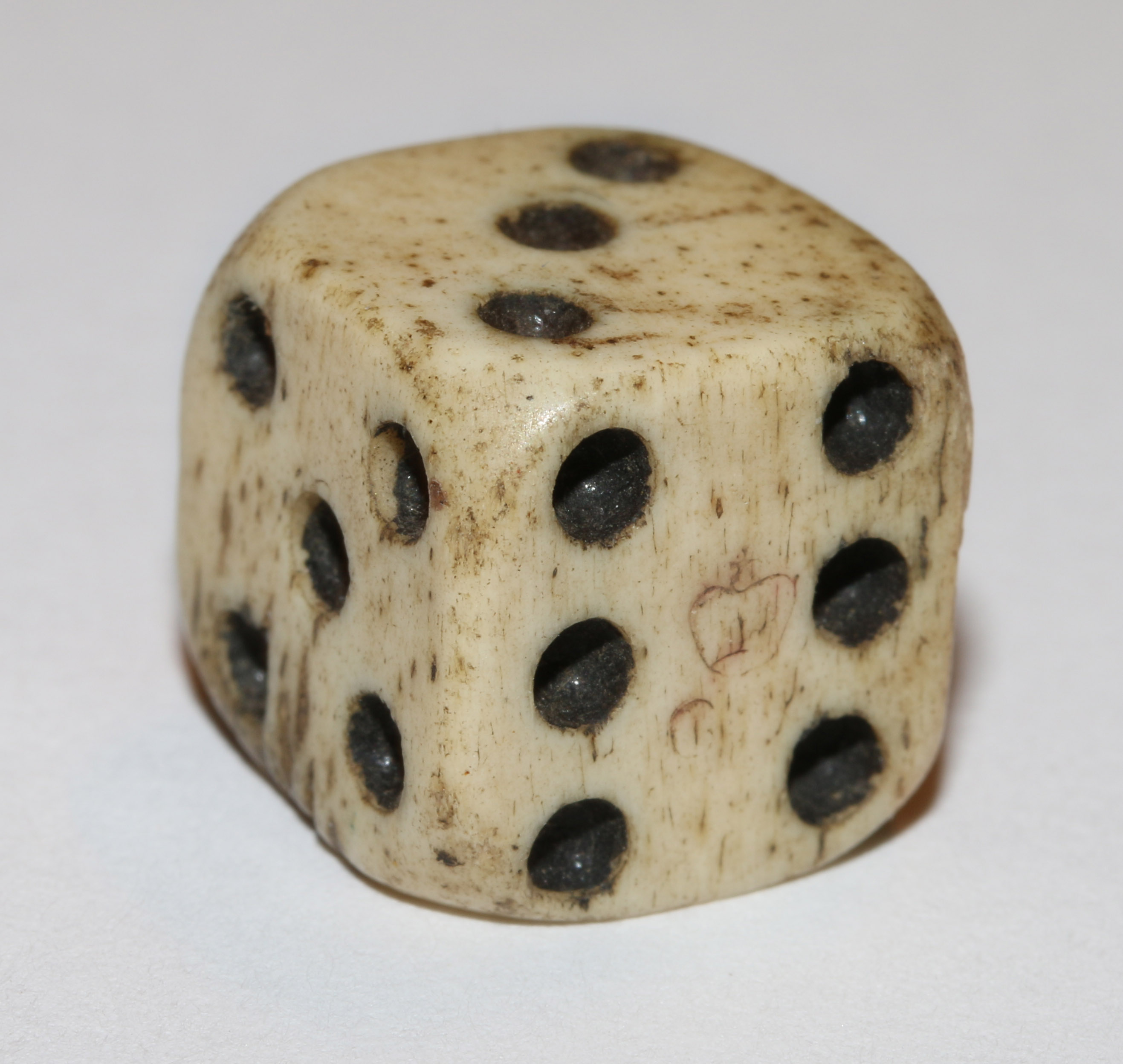